We have all heard stories about a dog being a loyal friend to man and even to other animals. We also heard how it stays loyal and become an important member of a family. Today, we will learn a whole new story of the unusual bond of a dog and a cow.

Calvin, a baby cow, was born on a dairy farm. The farm workers automatically took him away from his mother's side. So, the couple who rescued him brought him to a farm where he met Lincoln, his new found brother and protector.

Lincoln made Calvin comfortable the moment he arrived on the farm. He stood by him and acted as his mother, his buddy and his playmate.

Lincoln was the reason why Calvin trusted his new owners and accepted them as his new family.

Since Calvin has not met any single cow his whole life, he does not have any idea how to be one. So, instead, he picked up the habits and mannerisms of Lincoln which makes him more of a dog than a cow.

According to the owners, Lincoln was really a great influence to Calvin. Calvin follows them around and wants to be pet all the time just like a normal dog.

One day, his parents rescued another cow which made him confused. The day he first met Zoey, he was not sure how to be around her as he has a dog around with him all the time.

Eventually, they became attached to each other and became best buddies as well. This has made Lincoln's owners happy as he will now learn normal habits of a cow and he will come to understand himself more.

Lincoln is so happy to have two cows to play with and to protect.

Watch the wonderful bond of these animals  in  this video;

Dog Is SO Protective Of His Baby Cow Brother

Undeniable proof that animals care SO deeply about each other ? 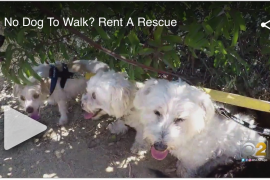 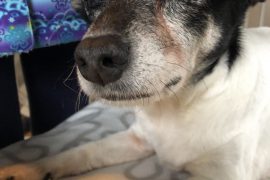 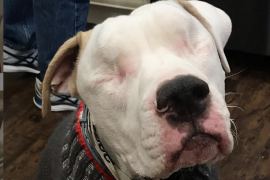